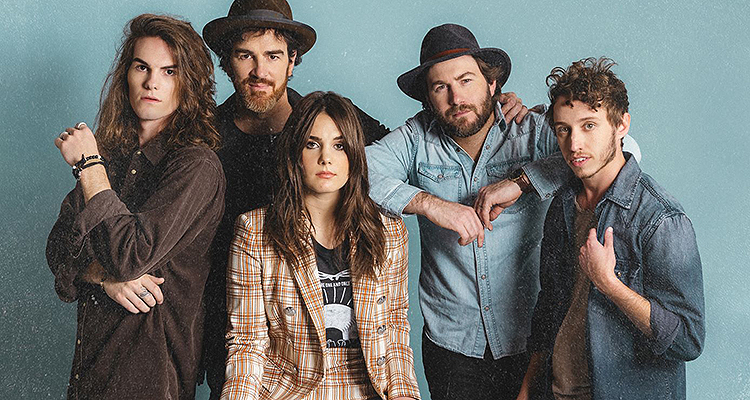 Nashville, TN (August 7, 2020)
Breakout Contemporary Christian Music/Christian Country band We The Kingdom has released its debut album Holy Water. The album, which was produced by We The Kingdom and recorded at their studio, features 12 tracks including their smash hit “Holy Water” and a collaboration with Christian music heavyweights, Bethel Music. The album is currently sitting at no.8 on the All Genre US iTunes Sales Chart, and the band celebrated the release of Holy Water via a global live stream event on Thursday, August 6.

“We are so excited to share this album with everyone. The collection of songs on this album feels like such a great example of how songwriting is able to tell the stories of our lives. This album delves into real life and what it means to struggle, but also to celebrate,” We The Kingdom said. “We hope that when people listen to the record they will be able to find themselves in each song and make their own personal connections to their lives.”

Each track on the album was co-written by We The Kingdom, allowing the band to bring together decades worth of ideas, inspirations and influences into one body of work. The band explores a wide range of themes throughout, from loneliness and being cornered into someone else’s expectations in song’s like

“Cages” and “SOS” to hopefulness and positivity in “Waking Up.” The group channels a resilient and tenacious spirit in the electric track, “Don’t Tread On Me.” The band’s current radio single “God So Loved” is the no. 1 song on the Spotify official Top Christian playlist with over 10M global streams to date, and is already Top 15 on the Christian Airplay chart. The album also features the band’s breakout hit and debut radio single, “Holy Water” which spent 7 consecutive weeks at no. 1 on the Billboard Christian AC Chart and can be heard spinning on prominent official Spotify playlists including Top Christian, New & Bold, Country Hits, Christian Hits, and Songs of Glory.

Their latest Story Brooke Sessions performance of “Holy Water” enjoyed a premiere with Cowboys & Indians on Wednesday, August 5 . One of the top 20 breakout artists across all genres in 2020 , We The Kingdom is breaking the mold with two explosive EP releases thus far. The multi-generational family band proves to be a massive force, amassing over 126 million global streams to date with only a handful of songs in the market.

In addition to a live performance video, which has accumulated over 8.8M views on YouTube, We The Kingdom can be heard on Grammy-Award winner Chris Tomlin’s recent album Chris Tomlin & Friends as well as Bethel Music’s latest album, Peace . The group has been featured in YouTube’s Artist on the Rise series, Pandora Predictions Chart, and Shazam Top 200 Chart with their music reaching audiences across a wide variety of genres. Earlier this year, We The Kingdom provided direct support to Grammy-Award winner Zach Williams on the nationwide Rescue Story Tour.