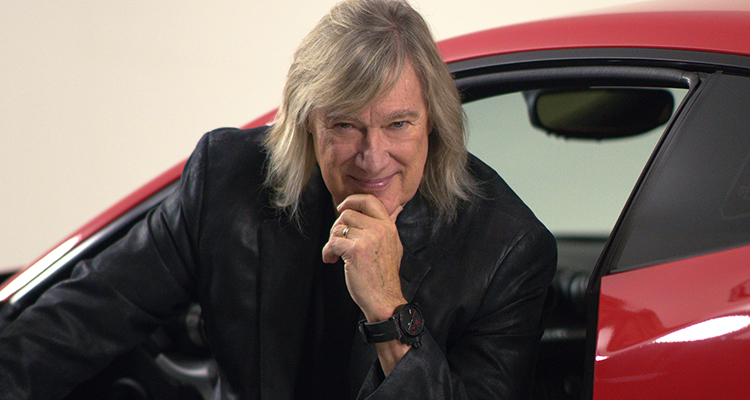 The vinyl edition, which is limited to just 200 units, features ivory colored vinyl with a teal blue sky swirl, two-sided printed inner sleeves with lyrics, an amazing write-up and photos. Fans can pre-order the Limited Vinyl Edition of GO at https://girdermusic.com/collections/john-schlitt.

“With his new project, GO, John Schlitt has pulled off what seemed to be the impossible… recreate that amazing Petra sound without sounding dated. This is what Petra fans have waited for,” says Girder Records founder Greg Hays. “GO is aggressive and quite a surprise. It’s fun and it’s quite heavy both lyrically and musically. Sure, we loved Petra and those were fun years, but if you’re going to make an album in 2019/2020, this is the way it’s done. From the graphics to the music, it just clicks on all cylinders, and now it’s available in this limited vinyl Sky Swirl effect–but only 200 are being made. Ready, set, GO!”

The Limited Edition release of GO coincides with the 30th Anniversary of the release of legendary Christian rock band Petra’s most critically-acclaimed and commercially successful album, Beyond Belief, which earned the band (and its lead singer, John Schlitt) four Dove Awards (Long Form Music Video, Rock Album of the Year, Rock Recorded Song of the Year, and Recorded Music Packaging), in addition to a coveted Grammy Award for Best Rock Gospel Album. The project was subsequently certified Gold, and was named to CCM Magazine’s 100 Greatest Albums in Christian Music list.

“Rock ‘n’ roll has always sounded best on vinyl,” says Schlitt. “Digital music is great and convenient, but there is just something magical about hearing the music from an LP. I’m thrilled that fans can now experience GO on vinyl!”