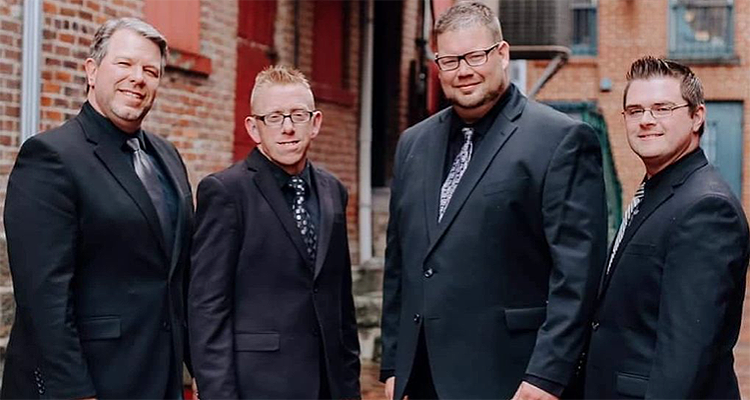 Nashville, TN (September 8, 2020)
Gateway Southern Gospel group GloryWay Quartet recently learned that its latest radio single, “Nobody” has debuted at #11 in the Top 20 New Releases to radio on the SGN Scoops national chart. The single has caught on across the nation and has quickly become a hit for the Ohio based group. It is the first release from their new album, God You’re Amazing.

“Breaking out in the quartet world is tough to say the least. With so many incredible groups already fighting for radio airtime, it can be tough to gain the attention of the industry. GloryWay has become one of the few groups able to grab listeners attention and not let go. Their vocals are as strong as any group on the road and fans just love these guys,” stated Matt Felts, Gateway Management.

The group has already released a video online for “Nobody”, but a special edition is soon to be released. “Everywhere we go and sing this song, it connects with the crowd. People keep coming up to the table and saying that they are a nobody also. We wanted to include our friends and fans on this video” added Justin Crank. The special edition “Nobody” video will debut in the coming weeks.